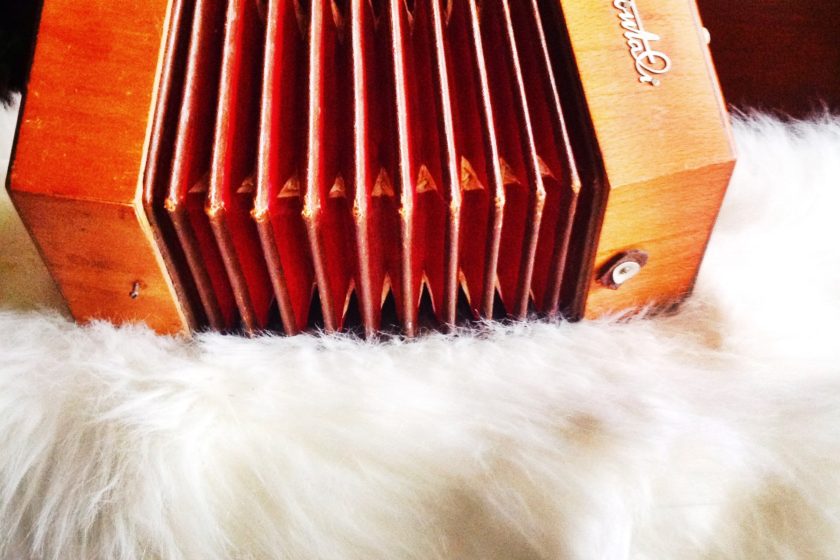 My father passed away in July. He was married to my stepmother for nearly 34 years. At best, my dad was funny and entertaining with bawdy stories of his days working in the shipyards in California and hopping trains to get there – as people did back in those days. At worst, he was domineering and mentally abusive to my stepmother and my own mother before that. His abuse always seemed to roll off my stepmother’s back. She loved him no matter what. For the past several years, his health had been in decline. My stepmother was incredibly devoted during this decline.

Here, I should add that my dad, before he had become feeble and house bound, had become a hoarder. In the late eighties after he retired, he and my stepmother bought a house in an affluent part of Claremore, Oklahoma, a neighborhood where doctors and such live. My dad introduced himself to the neighborhood by collecting vintage riding lawn mowers – 40 of them – and constructing a tin carport addition on to the garage and additionally constructing a tin building to store their RV. They became winter Texans around this time as well and famously unpopular with their neighbors in Claremore, which has nothing to do with wintering in South Texas.

The neighbor to the West of my father’s house immediately put up a ten-foot fence as he saw the lawn mower collection become a collection of truck bed liners, rusted bicycles, wheelchairs (17 of them) and tires – loads and loads of tires. All the other neighbors seemed to grin and bear it except for the doctor across the street that took umbrage when Dad put an old rusty 10 speed out in the front yard as decoration. The doctor decided to talk to my dad about this. He walked up and started a polite conversation with my dad in the front yard. My dad politely told him if he didn’t get off his property he would have to remove a boot from his ass. My dad wears size 9. Not a big size but not something most people want in the ass. The doctor got off his property and never spoke to my dad again.

Sometimes my dad made me proud. Moments like these do not. The last time I saw him was in the early summer. When I drove up he was sitting on the front porch alone doing nothing but sitting, though he looked content, like a content old man just watching the birds. He smiled his really big toothless smile when I walked up. Ten years ago, he had all of his teeth pulled in Mexico. No one in the family is sure why.

We had a few rocky times here and there when I was growing up. Nevertheless, my mother had breast cancer when I was 16. My other siblings for the most part were out of the house by that time. It was Dad and me. I cooked our meals or sometimes I’m sure we would go out to eat. During this time, we became close or in my mind we became close. Maybe I’m delusional.

On this day last summer that he and I were sitting on the front porch, my stepmother had gone shopping with her daughter so it was just him and me sitting talking. He smiled the whole time. The old man sitting there was somehow my dad, but the dad that I remember, the Darrin McGavin Christmas Story dad, had long gone. The young pre-school kid who laid on his dad’s stomach while his dad played squeezebox had grown up and now was older than that dad that sang about the old oak tree and how all of the kids that played around it grew up and died. Dad was now soon to become a character in his own old oak tree song. A toothless old man had taken that young happy healthy dad’s place, a happy toothless old man, but a toothless old man nonetheless.

On the porch, there we sat talking, not really about anything. I talked about my new life as a painter. He loved hearing that I have paintings hanging in Paris and New York and LA among other places. I told him I would soon be painting a painting in the Hamptons.

“What kind of car is that?” during a conversational lull, he asked looking at my car parked in the driveway.

“Well they don’t give those away,” he answered with a laugh of pride. During the course of our conversation, we would both repeat these lines verbatim three times. I never got upset. Each time, I acted as though it was the first time he had asked me and each time he replied:

“Well, they don’t give those away.”

That day, the last day I saw my dad, I told myself if that was the last time I saw him that would be a good last time. We sat for an hour or so on the porch just talking, him repeating things and me not minding but just loving that we had time together this one last time because I think I knew in my heart it would be the last time as our hearts tend to know this sort of thing.

Four and a half years earlier, I had left Saudi Arabia under the cover of night. I was back in Oklahoma for a few weeks. Word was out that Dad was dying. He was telling the whole family this was his swansong. He was ready to go. I was at my brother Bill’s in Broken Arrow, Oklahoma when I heard the news. I decided to go see him the next day. My niece Jackie told me she would drive me. Knowing his temperament, I asked her if she was sure she wanted to go.

“If he’s dying,” she said, “I definitely think I should see him.”

So the next day, we headed out to see him with my sister-in-law (Jackie’s mom) Bette. My sister Connie drove from Bartlesville to meet us. Both cars arrived at about the same time. Jan, my stepmother answered the door, and led us to where my dad was sleeping in a recliner in their den, which is always very dark with one small lamp lit. It had been some months since I had seen him last and he had aged drastically in that time.

“Dad, it’s me.” I said tentatively as I approached the recliner of death.

“Well Dad,” I said, “it’s a warm sunny day. Wouldn’t you like to see the sun one more time?” For January, the day was unusually warm.

“That’s sound great!” he said as he suddenly perked up to a full recovery. “Let me get my shoes on. Jan, get me my shoes!”

Jan, my stepmother, who I am sure was slightly fed up with his thirty years of drama, threw his shoes at him and left the room.

Needless to say though he was getting feebler and feebler, there was a boy crying wolf element to this. Our relationship was complicated. I loved and love him but at times he was not easy to love. He had had years when he had stopped talking to a few of my siblings for no good reason. When we sat outside, he told Jackie she could take some old banjoes he had. She plays banjo. So as she was hauling them out to the car, he said, “Look at her that little old sweetheart.”

But then, I look back when my mom left him when I was a senior in high school. After 25 years, she had got fed up and left three days after Christmas. He was devastated. He really loved her but was an ass most of the time though they did have some good times.

I was the only one still living at home so we became really close. I wanted to go to London. He helped me pay for a trip to go to London. He gave me his fairly new pickup truck. He surprised me with a Mickey Mouse phone, which I still have. Once when I was playing a David Bowie record, he asked me if that was me singing. Really, he was a good dad to me but maybe I knew how to handle him better than my siblings. I don’t know. But then being the baby does have its rewards.

So after his funeral, my brother Gentry told my stepmother Jan that he would pay for a dumpster and he and I would come and clean up the yard. While my dad was still alive, Gentry and his best friend from high school Tom cleared out the garage enough for Jan to park the truck inside it.

Now Gentry had gotten a dumpster and we were set to clean out everything. We called AmVets about the 17 wheelchairs. They would come get them. Somehow my dad, though he never played golf a day in his life, had several sets of golf clubs. We pitched those. He had several old rusty cheap bicycles with flat tires. We pitched those too. All of the tires – for tractors, cars, trucks, whatever -we pitched. The rotting wood, the rusty tools, everything, pitched into the dumpster. We had called a junker but he never showed up so everything got pitched.

Jan told us that when my dad was still physically able he would go to an auction and buy a load of stuff and bring it home and unload it in the yard, garage, carport or the RV shed – the RV Dad had sold long ago. After he unloaded the truck, he would then come into the house as if he had not just added another truckload of crap to their yard, garage, carport and/or RV shed.

Really, I’m not sure why I’m writing about this other than maybe I need too. I don’t know. In the end, Gentry and I spent two days loading the dumpster. We were able to clean the garage floor. The shelves still need attention. We were also able to somewhat clean up around the yard so maybe the neighbors would sigh a big sigh of relief. We promised Jan we would come back in the spring and help with the house.

While I was removing rotten tree stumps – that had been impromptu stools – from the front yard, the post-woman pulled up to deliver the mail.

“Are they selling the house?” she called to me obviously seeing the dumpster as a sign the place is for sale.

“No,” I replied. “My stepmother is staying. We are just trying to de-Clampett the place.”

She laughed as the Beverly Hillbilly theme played in my head. And, I thought of that last time I had sat and talked with my dad, the old man on a front porch in Claremore, Oklahoma, the old man who had five kids and was a different man to each of those kids. Somehow, I had always got the tender funny part of my dad. Sometimes still, I hear his old crackly deep voice in my head:

“Well, they don’t give those away.”