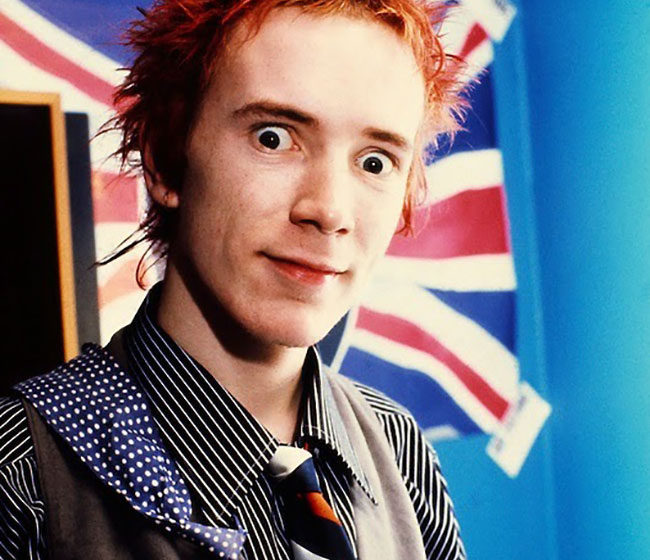 “Boo! I want my money back!” John Lydon (aka Johnny Rotten) yelled as Trent walked past him after a show we had played in the ballroom of an abandoned coastal amusement park on the East Coast during the winter of 1992. That was when my band the Chainsaw Kittens were on tour with PIL, during their last days. That incarnation of PIL included Mike Joyce of the Smiths and John McGeoch of Siouxie and the Banshees. We were young punks touring on Flipped Out in Singapore, the album that Butch Vig produced shortly after he produced Nirvana “Nevermind.”

Of course when Trent told us this later, none of us knew for sure if Mr. Rotten was joking or not. Rotten’s is that sort of humor. We assumed he was joking but at the same time, we gave him an extra wide berth. Never cross Johnny Rotten is a pretty safe creed to follow.

Nevertheless, we did become somewhat acquainted with Mike Joyce. He seemed a decent sort, a heavy drinker, but a nice guy. Of course, we were the heaviest of drinkers so at the time, we really did not even notice the excessive amount he drank.

One night, we were talking to Mr. Joyce backstage before we were about to play a show in Montreal. It seems the night before he had gotten especially boisterous in a Keith Moon sort of way. Because he felt the spirit of rock and roll and he felt those rock and roll deities that had gone before calling out to him, he went crazy with a fire extinguisher and ran through the hallway of the hotel spraying the fire extinguisher in this rock and roll frenzy that ended up in his room. At this point, in rock star fashion, he trashed his room.

“3,000 pounds in damages,” he told us, as he shook his head, which was to come out of his salary and which was most of his salary playing this tour in large clubs, small theaters and abandoned amusement park lodges. Naturally, we thought this the coolest because we were making around $200 a night as the opening act. “Ah well, mates,” he said a bit carefree. “There are good days and there are bad days.”

“Like the day the Smiths broke up?!” Trent interjected with the precision of a Stan Laurel type sideman.

“Aaaargh, that day was one of these!” As he said this, Mr. Joyce did his best Diane Arbus hacking her wrists with a ginsu carving knife .

Of course, the Kittens roared with laughter. Yes, this Mr. Joyce, he was a good sort. He knew how to party with a fire extinguisher and didn’t even really regret it. He embodied rock and roll decadence with a smile and a chuckle.

For the most part, the tour dragged on, and for us it was more like clocking in to a job than being out of control post-punk rockers. At this point, the excitement that had been in PIL in their beginnings was gone. Every night was the same show, the same schtick. Still, I love Johnny Rotten and I really wanted to meet him. Eventually, I had to introduce myself. There was no way around it. I would regret it later if I did not meet him before the tour ended. He is Johnny Rotten after all.

After mulling it over and mulling it over, on the last night of the tour, I finally got up the nerve to introduce myself. At that point, I figured I didn’t really have anything to lose because there was a really good chance that I would never see him again anyway.  It was not like we were going to start playing tennis together or something like that. I would fade into the scores of wankers and poofs that he met along the way.

As I finally got up the nerve to introduce myself, someone, a girl from the club in charge of hospitality, beat me to the punch.

With this, the young girl crawled off, broken. Oh, children, these are treacherous waters indeed..

“Mr. Rotten, my name is Tyson. I sing in the Kittens” I started and when I got no response. “Thank you for taking us on tour; we do really appreciate it.” Really, I am not sure how slow or fast I said all of this and if it was even in decipherable English. I know that it was a blur and I half expected him to slug me or spit on me or call me some inventive ultra-degrading name or just snarl and walk away.

Surprisingly, he did none of this. He shook my hand and grabbed my shoulder and said in the most heartwarming jovial tone devoid of sarcasm, “Yes, yes, the Chainsaw Kitties, marvelous. We’ll have drinkies later.”

And, that is exactly what we did do. We had drinkies; Mr. Lydon supplied the Courvoisier and held court as we sipped at his table. We were in Buffalo, NY where the tour ended. The club, which might have been called the Garage, was somewhat dilapidated in an old two or three story building that had probably been abandoned for years before it became a club. If I remember correctly, the dressing room had somewhat large holes in the wood floor that had been half-heartedly patched.

This was the third story of the building, which was dedicated to the dressing room. It was roomy but somewhat cozy at the same time. It resembled the android builder J.F. Sebastian’s apartment in Bladerunner.

PIL and the Kittens sat around a big long wooden table and listened to the founding father of our adopted punk culture preach. He poured the cognac freely. His words exploded into us like the commandments. We took notes like Moses. Sadly, he really only had two commandments as opposed to ten. But, these two commandments carried the importance of ten.

Thus spoke the lord who at this point somewhat resembled a living breathing Bart Simpson with that crazy plastered hair that stood straight up; and the same sort of long oversized athletic shorts. Maybe in someway our punk juju shaman was looking at this cultural icon, this Rotten Simpson, and throwing him back in our face by adopting him as his own persona…or maybe not, but whatever the case, Mr. Rotten had sage words that will always ring true. In hindsight, they ring truer today, even, than they did then because I guess now I have lived through all of the bullshit and absurdity that the record companies have to offer.

2. Take them for all they’re worth.

When he said these incontestable truths, he spit out the words ‘record company’ as if he was saying the most heinous words known to man, words that could turn the speaker into salt, words like Medusa that had hundreds of snakes coming out every letter. The inflection that he put on ‘worth’ had that snide, hissing, knowing tone that comes across during the finest Pistols’ moments.

“Yes, Mr. Rotten,” we said in a sort of Brechtian chorus . “Tell us more.” At this point, Mr. Rotten was Mother Courage. We were the children. He knew we would be ravaged by our war with the record companies. And he was right.